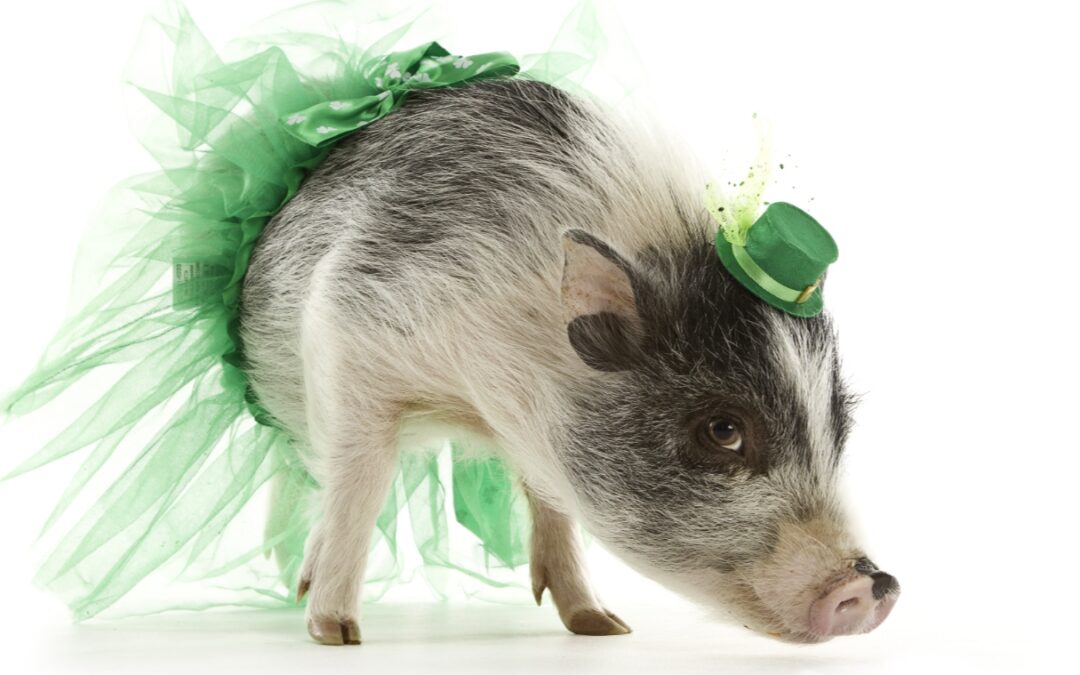 A pig with lipstick wearing a dress is still a pig. Socialism is dressed up today as Democratic socialism, workers socialism, equitable socialism but it is still a pig with lipstick wearing a dress.  Just as the nature of a pig is to waddle in mud and eat trash so is socialism’s nature to put you in the mud and feed you the scraps. Plain and straightforward, socialism is thievery; no matter how you want to dress it up. There is not one nation that has been economically successful that adopted socialism. Socialism is for fools. Only fools believe that it can work as an economic benefit. Sadly, it takes a generation or two before the injustices and failures pop-up their ugly head in a controlled state-owned society.

Sweden is one recent example that has moved away from socialism. They have privatized their pension system, giving school vouchers, the rich are no longer heavily taxed to name a few changes. Sounds familiar. This transformation of less government control and giving people more freedom to make their own destiny is making them one of the richest nations on the planet. Governments can change for the better. However, the alt-left cannot handle different opinions. They are the most hateful intolerant group toward anyone that disagrees with their ideas. Recently, Candance Owens, a black beautiful articulate educated black woman, is leading many young blacks to conservatism. The alt-left with their usual tactic to cast dispersions on alt-left nonconformists branded her as a racist, Nazi to name a few of their stones they throw.

Many say Jesus was a socialist. He was not. He was not a capitalist, socialists or communist. He was the Son of God. He is above these earthly systems. He gave us the good news, repent of your sins for the Kingdom of God is at hand. He has given you the power to get wealth. Why? To be a blessing to others voluntarily. “And you shall remember the LORD your God, for it is He who gives you power to get wealth, that He may establish His covenant which He swore to your fathers, as it is this day.”[1]  God, Himself isn’t a control freak. God has given man free-will to choose. “I call heaven and earth as witnesses today against you, that I have set before you life and death, blessing and cursing; therefore choose life, that both you and your descendants may live…”[2]  Here lies one of the problems of different economic theories in a fallen world. Which system is the best equitable in distributions?

The definition of economics is best summed up by Dr. Sowell, “Economics is an analysis of cause-and-effect relationships in an economy. Its purpose is to discern the consequences of various ways of allocating scarce resources which have alternative uses.”[3]  When properly operating it is an economic system that promotes ownership, pride, stewardship, and dignity. Socialism can never achieve the analysis of cause and effect or these virtues. Socialism, on its face is to control millions of price changes daily by bureaucrats and ultimately to control your life. Bureaucrats can’t even keep up with their own schedules; how can they stay on top of millions of price changes on an hour by hour basis? They cannot. By socialism very nature it ends up in the miry muck eating scraps.

Political popularity is not the same as the actual measurement of economic consequences. Can you envision Alexandria Ocasio-Cortez and her bartending buddies controlling millions of prices of products day-to-day that socialism requires? I can see it now, AOC with her wide-eyed crazed look shouting to her bar buddies, lower the costs of toothpaste in California, oops, no! Raise it back up again. Now that would be a cocktail to get drunk on. We will call it the AOC drink; one shot of make-believe, two shots of misery. Bartender, drinks for everybody!

Even the top economic professors of Russia admitted that they could not perform those tasks. Price controls create shortages. Nor should you find it mysterious that so many places with rent control laws have also had housing shortages, or that attempts to control the price of food have often led to hunger or even starvation.[4]  The same result applies to Universal Health Insurance when bureaucrats control it.

The buyer determines prices for a market-driven economy. Millions of transactions daily, automatically adjust price controls and allocation of resources. Mikhail Gorbachev, is said to have asked British Prime Minister Margaret Thatcher: “How do you see to it that people get food?” The answer was that she didn’t. Prices did that. No central planning committee can ever achieve equitable distributions. Charitable giving helps the poor more than any centralized agency. American non-pro-fits organization gives more to the needy than any secular commission.

Moreover, the British people were better fed than people in the Soviet Union, even though the British have not produced enough food to feed themselves in more than a century. Prices bring them food from other countries.[5]  Japan, that rock floating out in the Pacific Ocean, is better fed than China who has more resources. Until recently, China had a lower standard of living than Japan, now with China’s twelve free economic zones, they are enjoying the fruits of price adjustments by the buyers not bureaucrats. Finally, the Chinese standard of living has risen. How much more beneficial would their economy be if they implemented a free economy throughout the land. A centralized government cannot completely let go of its control.

Capitalism is known as a profit system. In reality, it is a profit and loss system. Losses weed out the inefficient and wasteful companies. It also signals companies what resources to allocate, what product to stop making, even lowering prices. Prices are not just ways of transferring money. Their primary role is to provide financial incentives to affect behavior in the use of resources and their resulting products.[6]  No bureaucrat can stabilize the economy with their warped imaginations of equality. How can you have economic balance with scare resources? Chances are, you are driving a car made from Japan, wearing a shirt made in Malaysia, pants made in Honduras and shoes made in Italy. Prices coordinated these products for you; driven by prices, not a central planning committee. India, at one time was an exporter of food. Now they have to import their food and because of central planners’ tons of food rot on their docks as people starve to death. Brilliant.

Outlandish statements that go unchallenged often result in laws harming people. Politicians often relate to the free-market system as a thing. When in reality the markets are the people. Some of our elected officials love to banter the market around as a “thing” while they insult your intelligence. The “thing” that they refer to is corrupt, inefficient, dangerously wrong is code for you being too stupid to control your life. They are going to save us from the “thing” – you. Maybe, you are too stupid to control your life that’s why you keep electing them back into office. Price coordinating economies have proven time again that it raises the standard of living for all. Political driven central planners have lowered the standard of living wherever it has been implemented whether communism or socialism.

By the end of the twentieth century, even socialist and communist countries (like China, USSR) began abandoning government-owned economic enterprises, and all but a few die-hard countries (like Venezuela, Cuba) had started allowing prices to function more freely in their economies. A very elementary lesson about prices had been learned at a very high cost to hundreds of millions of human beings.[7]  Snowflake why do you think they abandoned their government-controlled economies? And the rest of government-controlled systems are struggling to get out from underneath it. It doesn’t work.

This is not to say government doesn’t have a role to play in a free-market economy. Its purpose is to protect contracts, laws and collect taxes to secure that end just to name a few basics. The government should be limited not unlimited. Less government means more freedom. Government isn’t an “all seeing-god.”