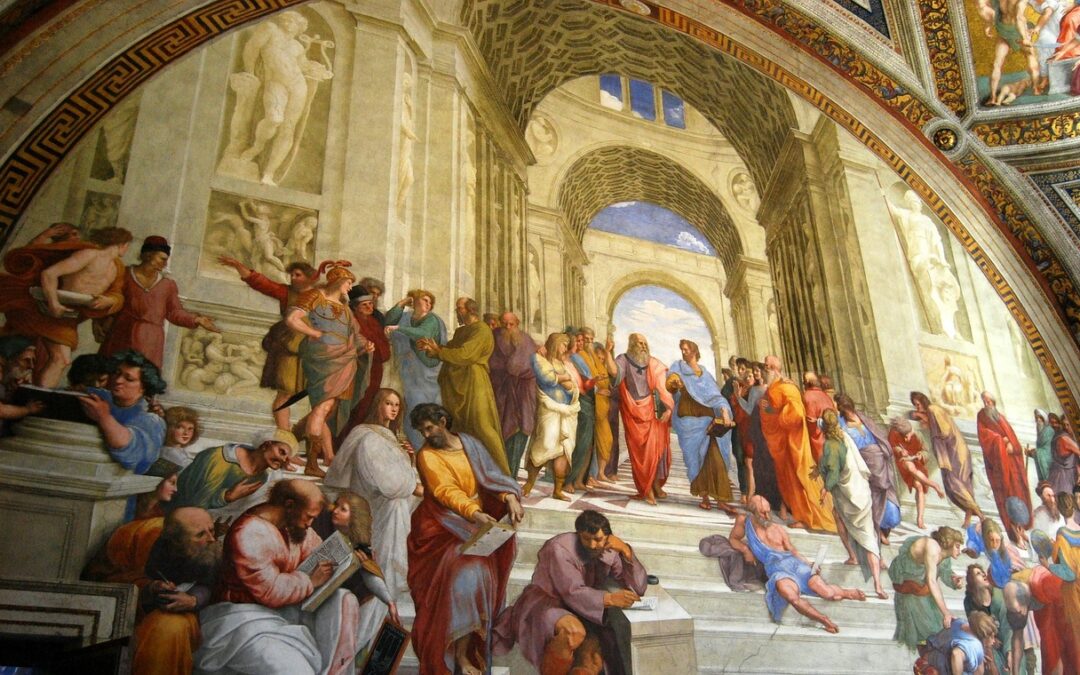 When we disregard the foundations that make us distinct and special, we humanize materials and dehumanize people.[1] Guns are evil not people and unborn babies are depersonalized and treated with unspeakable evil. The result is cult worship. We trade a Supreme God for politicians as our spiritual and temporal sovereign.

Emperor worship was a trigger point of the beginning of the fall of the Roman empire. Today, we have replaced emperor worship with a political cultism. No party is going to save us. We as people trust less in our institutions than ever before. In a recent Gallop poll, only five percent of Americans believe Congress. Do you see the irony in this? We worship what we don’t trust. This is a recipe for disaster. People are fighting harder over smaller and smaller issues. Racism is not the divide in our country. In truth, we are more racially equal than ever before in history and of any other nation.[2] However, these stats have dropped since 2013. What is the cause for the drop? We act because we believe.

We have replaced a Creator for materialism. We have thrown away Judeo-Christian values and Natural Law for unbridled passion and moral subjectivism. We have lost our way. Our foundations are decaying. The far left promises us a utopia of socialism and the far right promises us nationalism.

Both will fail. Both are fundamentally flawed for they are built on the capriciousness of man. The building blocks of virtuous character and civility in serving one another is what is needed. Without the cultivation of universal absolutes as a guide that govern the impulses of man, we are reduced to brutes. Our politicians know that we are misguided in our pursuit of happiness, so they capitalize on our false assumption of happiness. Happiness is found from within not from without, especially in politics.

In a famous Fresco painting at the Vatican by Rafael, he captures the whole of Western thought: He has Plato and Aristotle walking out of the school of Athens with gray-haired Plato hand raised pointing upward to the heavens, and a younger Aristotle with his hand stretched out horizontally. The painting was saying that transcendent laws and human reason were needed for a civilized community.

How pressing is the belief of Transcendent Laws and Natural law? The famed old Atheist Voltaire said, “I want my lawyer, my tailor, my servants, even my wife to believe in God because it means that I shall be cheated and robbed and cuckolded less often. . . . If God did not exist, it would be necessary to invent him.” The Neo-Atheist are not as reasonable as Voltaire. Life without God is a lifestyle of Caligula.

Our Founding Fathers were well versed in the classics and believed in the providential voice of Mount Sinai and Greek Natural law.[3] They took from the flames of this knowledge and created the greatest document ever known to man – our Constitution. We hold these truths to be self-evident, that all men are created equal, that they are endowed by their Creator with certain unalienable Rights, that among these are Life, Liberty and the pursuit of Happiness.

We need to return to our roots which gave us purpose and meaning. In Ben Shapiro’s book “On the Right Side” he paints a vision of twin concepts that made Western Civilization great. The principles of Jerusalem and Athens are the providers he puts before us.

Jerusalem gave us individual purpose in developing character through virtues. The release of individual purpose, individual capacity, community purpose, and community capacity. Athens gave us the framework for Natural law and reason. Christianity married the two and set the stage for Western civilization.

Jerusalem gave man purpose. “Fear God and keep his commandments, for this is the whole duty of man.”[4]  In this context, as we pursue God, we become better and happier. The Hebrew Bible calls happiness simcha; Aristotle called happiness eudaimonia. What does the Bible mean by simcha? It means right action in accordance with God’s will. Aristotelian eudaimonia (happiness) similarly relies on living in accordance with moral purpose. Like the Bible, Aristotle didn’t define happiness as temporary joy. He saw happiness in a life well-lived.[5] How can we have moral purpose without Transcendent Laws cultivating our character?

The gift of free will puts us a million miles above the animals and just a little lower than the angels. Serving others elevates the whole and reduces the amount of suffering in the world. Millions of individuals voluntary helping others bind us together. Of course, evil is at play and can cause suffering unimaginable. Dr. King stated, “Evil may so shape events that Caesar will occupy a palace and Christ a cross, but that same Christ will rise up and split history into A.D. and B.C. so that even the life of Caesar must be dated by his name. Yes, ‘the arc of the moral universe is long, but it bends toward justice.’” If history has a direction, it does so only if we have faith in a God who stands at the end of it, urging us forward.[6]

Athens gave us reason and Natural law with predictable laws. In terms of science, this notion—the notion of a predictable, discoverable God—is vital. The assumption of regularity in the universe’s rules is essential for the development of Western civilization—and for the growth of science in particular. The entirety of science is based on the notion of looking for universal rules that govern the world around us. If the universe were a random agglomeration of unrelated events, guided by no higher logic, the scientific search would be somewhat frustrating.[7] Yet, science is based on predictable laws while political scientists’ pontificate there are no absolutes or God; they are absolutely sure. There is an absolute, though. As Clement of Alexandria announced, ‘By the Logos, the whole world is now become Athens and Greece.’”[8]

To stop the beginning of the end in our lives, we must start from within: If you declare with your mouth, “Jesus is Lord,” and believe in your heart that God raised him from the dead, you will be saved. . . . For there is no difference between Jew and Gentile—the same Lord is Lord of all and richly blesses all who call on him.[9]

[1] natural law, rooted in reason and enshrined by religion; individual natural rights, balanced by corresponding duties; a limited government of checks and balances designed to protect those rights in accordance with natural law; and inculcation of virtue, to be pursued by individuals and communities, again in accordance with the dictates of natural law. (Shapiro, Ben. The Right Side of History (p. 87). Broadside e-books. Kindle Edition.)

[3] Locke, Cicero, Aristotle and the Bible as a foundation for human liberty.

[8] As Clement of Alexandria announced, ‘By the Logos, the whole world is now become Athens and Greece.’”