The Frog in The Pot 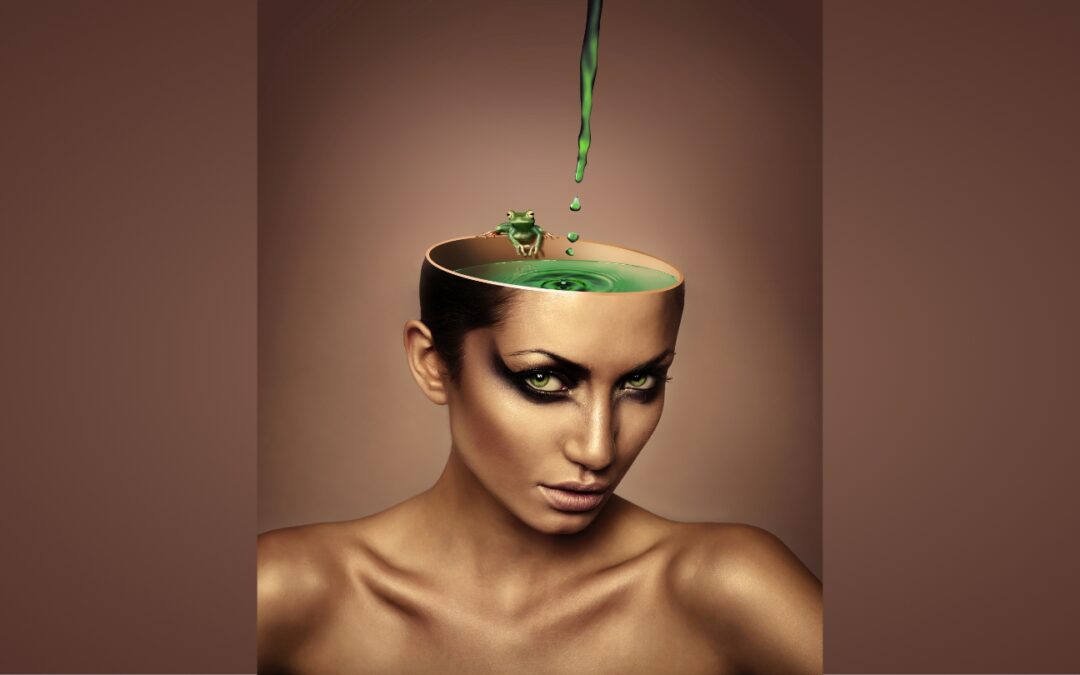 In this short article, I will state central principles of returning to our true nature to save ourselves. The Socialists, Marxist, Capitalists, Secularists all agree for our market economy to perform reasonably it needs a structure of values. That’s the rub, as whose values are going to win? Which of these views for human fairness is best suited for Natural Law and the rights of man? I believe that would be Capitalism. Why? All of the other frameworks reject the tenets of Mount Sanai for civilization.

The western thought of absolutes has eroded into a grey mass of non-ethics. The result is double-mindedness. A perfect picture of what I mean is illustrated in the news. Recently, the New York State legislature, while condemning the actions of Hitler and at the same time, the Governor with pen in hand, signs into law the mass killings of unborn babies. A dualistic or schizophrenic philosophy is much in our way of life today. A doubled minded man can never receive wisdom.

A bumper sticker slogan with religious symbols saying, “Coexist” is kids play, but as usual, the driver of such bumper sticker philosophy is ignorant of what is at stake. The driver feeling smug, drives on thinking he/she is contributing to some higher cause, not realizing up ahead they are about to drive off a cliff to their destruction.

Natural Law is the driver of our freedom, its foundation is to create efficiency and equality to level the playing field for justice. The Judea- Christian principles keep the frog (us) out of the proverbial water pot to be cooked to death. We can witness the meltdown of the social structures all around us. I believe this disintegration is the result of government intrusion.  The slow creep of Big Brother is parallel to the intelligentsias killing our Christian foundation over the last decades.

Capitalism cloaked in Natural Law is, without doubt, permeated the values for the first 200 years that made this nation a light on a hill. The result, output per person, was 1.5 percent per annum. The reason for this incredible production is contributed to limited government. However, now the values of a free market enterprise have been replaced by an amount of a “anything” philosophy. What filled the void? More government. Less freedom, less production means that we cannot “deliver the goods.” A heavy hand of a government of controls in prices, regulations, wages and clinging to faith in a Central Bank leads to inflation and inequality. There is one person in a 100,000 than understand this clipping away of our freedoms.

In contrast, a nation that embraces the Judea-Christian values, who has taught it to their citizens, as we have done in the past, has judicial prudence in the free market place to lessen the misery index for all. The rapid pace of technology has increased the illusion of harm to our future by way of pollutants, ecology disruptions and only the intelligentsia can save us. I say, the increase misery index is proportionate to the increase of government control. Governments don’t add to the GDP but increase expenditures, and our taxes increase as well to cover their foolish spending. I reject any philosophy, ideology, theology that believes in the salvation of a self-constitution of praxis without universal absolutes.

Christian precepts believe in private property and civil government. When Natural Law and the tenets of Christian principles are replaced with the ballot box, we have a weak foundation to rest upon.  The stages we need to take to return to our equality is challenging, but it can be achieved with perseverance.

First, the church must retake the role of teaching the precepts of Christianity. Most Christians today believe, from lousy teaching in the church, that the law was done away with after Christ’s accension. Therefore, whoever relaxes one of the least of these commandments and teaches others to do the same will be called least in the kingdom of heaven, but whoever does them and teaches them will be called great in the realm of heaven.[1]

The role of Christianity is to reduce the amount of suffering in the world through ethical behavior. Second, the Christian economy is familial; based on private property rights. By preserving property rights, we place value on the family as a viable economic unit. Individual land rights afford an inheritance to a family’s children’s, children. It makes the family unit central to an economy, instead of the Civil Government. If you work the land, the prospect is growth. And an increase in influence and charity as a portion of the produce of the property was set aside for the poor. The levy was reasonable taxation. One hundred percent of all of the tithing system and gleaning laws went to the poor, widower, upkeep of the priests and the orphans. Of course, our economy is not that of an agrarian society as it were in the Old Testament, nor is our system the same, but the principles are the same.

The taxation of today is corrupt. Only thirteen cents actually go to where it is earmarked for; the other eighty-seven percent goes to government administration. In other words, if an economic system is ethical, God’s blessings are on that land. If I have your checkbook, I can increase my spending and call it balancing my budget. No need to reduce my expense when I have your checkbook. This is what Congress does every year to hard-working Americans. There is no limit to them spending your money. That’s why they fight so hard against reducing the tax rate. Thirdly, the prohibition of excess usury laws benefits those that have fallen on bad times so that a family who needs a loan can get out of the debt cycle faster to get back on their feet.  It is interesting to note that during Israel’s prohibition of excess interests rates the nations around had interests’ rates as follows: these rates differ slightly from other sources; in Babylon and Assyria 20-25 percent on interest loans and it got at times as high as 33 percent. Mesopotamia and Elam their rates were as high as 50 percent and Egypt hovered around 12 percent. One of Obama’s policies was making credit card companies lower their excess usury rates on consumer credit cards – a plan I applaud him for implementing.

What has been will be again, Ecclesiastics 1:9 what has been done will be done yet there is nothing new under the sun. The only original is the faces purporting the same ideology to each successive generation. Does it tell you something about our times when a representative of the Taliban is welcome on the Yale University campus, but representatives of our own military forces are not? The political left loves to depict its ideas as “new”—a practice which is itself centuries old on the left, as are the ideas themselves.[2]

The Orwellian idea is ideas that destroy an open and free society. (Big Brother) This is done by an ancient policy of draconian control by propaganda, surveillance, misinformation, denial of truth, erase the past or redact history to fit the old/new ideology.[3]  There are two Big Brothers in our human family existence, one: the Orwellian and the other: is the angels that watch over us, Natural Law and Judeo-Christian precepts. The Orwellian Big Brother forces his will upon us to conform to their will while the other invites us to embrace our true nature. The one is by force, and the other is by free-thinking. Today, we have groupthink instead of independent thinking. Isaiah 1:18 “Come now, and let us reason together,” Says the Lord. If we start a movement of free-thinking upon the values that best enhances humanly – they are Natural Law and Judeo-Christian values, we can jump out of the pot in time to save ourselves.  Semper Paratus (Always Ready)