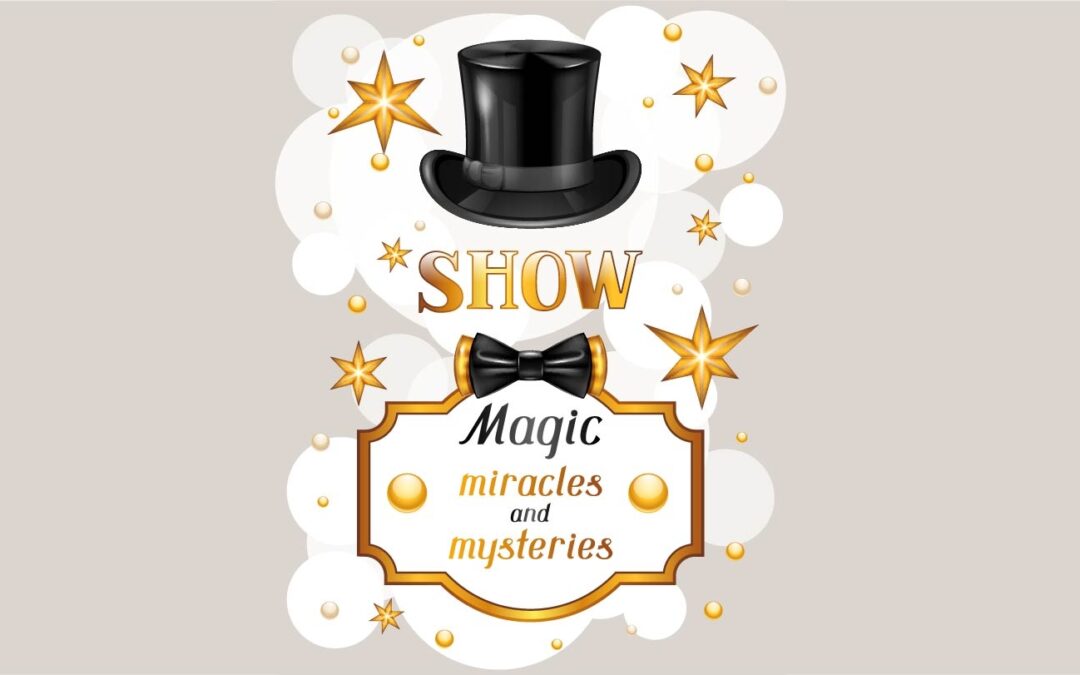 If you ever watched the Ben and Teller magic show you have been delighted by the pure deception of your mind and senses in believing that alchemy is real. The magicians’ code is not to reveal their secrets to anyone how they have mastered their deception. Not even amongst their exclusive club members do they tell all of their secrets to one another. It is amazing how they pull something out of thin air. A master magician will practice tricks for years, for a make-believe sensation. It is the time proven art method of misdirection. It is the skill of the master magician to get the audience to look elsewhere, in their mind, so that the viewers do not see the deception of sleight of hand going on in front of them. This trick is harmless entertainment because no one gets hurt.

The magician’s code of deception is also an art form for expert politicians.  The elitists leaders of our nation, regardless of party affiliation, are masters of deception. However, their sleight of hand does hurt people. The media are the ringmasters of this circus; for the political magicians to entertain us with falsehoods. It is not about getting the truth out as much as getting us not to see the deception going on in full view.

The leaking of political information, unofficially, is one form of sleight of hand to deceive the masses. All administrations use this time-proven tool to deceive. The machinations or tricks by politics are mixed into the routines of daily living, which is the genus of the art, to fool us. For the demagogues to hypnotize their followers, they need a devil. If there’s not a devil available, one is created, by the political magician.  Every mass movement needs a devil. Some mass movements are needed that are harmonized from a legitimate concern, but most mass uprisings have an invented devil to allow the elitist to tear down the current culture of its values to erect a new ones dictated by them. Hitler needed the Jews, Stalin needed the capitalist, the Dixiecrats required the Indians and blacks and so forth.

American soil has not been the parents of establishing tyrants because Americans have had a hatred toward dictators. Of course, pockets of tyrants have existed trying to get a foothold on American soil, but thus far without success. Xenophobia is propaganda to serve the purpose of tyrants. Thank God for our Constitution which provides the checks and balances of powers. It keeps the devil creation by both the alt-right and alt-left at a low pitch of saber rattling. The media needs a devil also to sell news. The border wall and those who support it is the new devil by the press. Why the destructive emotions against law-abiding citizens by the media and leftist against those who only want a legal process of vetting foreigners to enter our nation?  The hatred by the press towards a class of Americans who believe in law and order is far more bitter than any antipathy they can work up against foreigners.  Today, it is hard to make sense out of the political putty, for it morphs into different shapes at the hands of political magicians. Hence, the reshaping of our history by the redactors. To hide or remove important text from history has become a profession in our universities.

The greatest evil that has been thrust into the spirit of this nation is the reshaping of false history to create self-contempt for being who we are as a people. Thus, the shout for equality, for it cannot ever be achieved, for the only equality for all, is the grave. Equality in its purest form can never be achieved. Therefore, the lie that we can, gives the impetus for the social engineers to create the de-Americanization, so we will loathe ourselves to imitate a new identity they create. The chaos of identification is necessary to confuse our distinctness as a people, in hopes we will emulate a lie. Remember, the Devil spoke to Eve, Hath God said…, is still the undercurrent to rob us of our core identity?  For deception to take root, the mind must be tricked to believe in something that is not true.

Hath our Founding Fathers said we are deist, we are humanist, we are racist, we are whatever narrative the revisionist says? To have hope in the future, one must know the correct history of our identity. The Romans in their later years coined a phrase, “Bread and Circus” to entertain the citizens to mask the devaluation of their nation. The Roman government gave out free bread and had the coliseum games with wine for amusement to distract them from reality. Sounds familiar. This “Bread and Circus” was a form of welfare. If the Esprit de Corps is resting on the devaluation of core principles of Natural Law, which is your unalienable rights by our Creator, ultimately it leads to our enslavement. I might add, the depreciation of Natural Law is proportional to its stored wealth of money of a nation. Morals like money have to be pegged to an intrinsic value to have any real value. If our value is clinched to something fake, whether it be morals or money, it is just a matter of time for it to collapse, unless the brave return to their intrinsic value to save them. Our intrinsic value is recognized by our Nation’s Father’s in the U.S. Constitution Preamble: “We hold these truths to be self-evident, that all men are created equal, that they are endowed, by their Creator, with certain unalienable Rights, that among these are Life, Liberty, and the pursuit of Happiness.” The founding of our nation’s intrinsic value was pegged to our Creator and our money was pegged to gold. Regardless of the trickery in our politics, if we the people stay true to the intrinsic values that gives us true wealth, we will not be deceived by the sleight of hand to make us believe in something that’s not true. Natural Law by our Creator is the bridge to connect us to our true value. Gold is the bridge to true currency. There is a standard of absolutes, so we will not to be devalued by trickery. “Semper Paratus” (Always Ready)