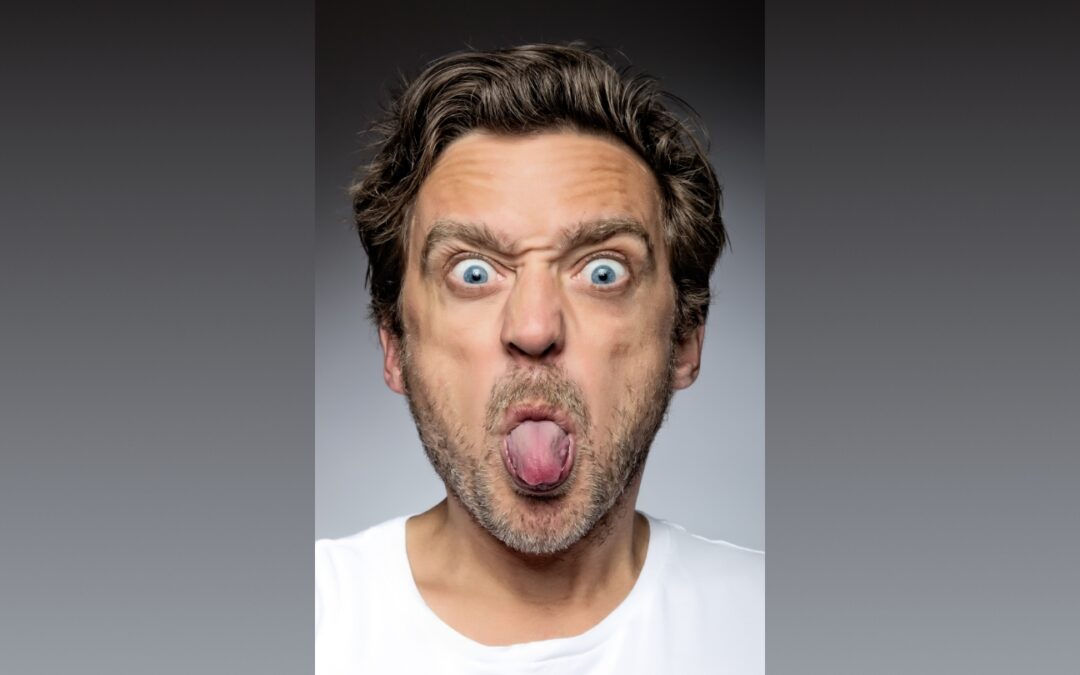 A simpleton is an ignorant or silly person who has a carefree attitude toward life. Not stupid, just uninformed. Usually, you can spot the simpleton from their thoughtless responses to philosophical problems. Therefore, to spot a simpleton is quite easy. Their depth of philosophy is in line with Bevis and Butthead. Just as snow should not fall in summer, nor rain at harvest time, so people should not honor a fool.[1]

In a recent article I wrote about socialism which generated a few simpleton responses such as: “This guy doesn’t know what he is talking about, doesn’t he know that the word “socialism” has evolved.’ If he had put any real thought into what he was saying, he should know that all words have evolved,” therefore, does that mean word(s) have no relevance? The word used before socialism was “envy.” The new word or phrase for socialism today is the “Green Deal.” Fascism evolved from the word genocide or victimhood cleansing.  Communism is another word for lust, that is, a Government’s lust for others’ properties and rights. The new word for communism today has been replaced with “Climate Change.” Words have evolved to accommodate technology, cultural mores and for fools waiting to empty their pockets and their heads.

I had many interviews with Chinese citizens in 2000, while traveling throughout its provinces, with head hanging low, their responses about their rights, bore out the fact communism owns everything – even their thoughts in the public square. Another comment from the same article was: ‘This guy needs to stick with teaching the Bible because he might lose the church’s 501c3.’ Again, the simpleton’s response is thin. The Bible is a spiritual history of pitfalls and mountaintops about individuals, nations, communities, cultures dealing with ethics concerning the whole spectrum of life. In other words, the Bible is not about a political party, but about the political animal – you. Politics is often deceptions attached to false realities.  Deceptions are harmful. Ministers, individuals, businesses, church or not, if a Flim-flam man is defrauding you and an entity knows the potential harm coming your way, should they not warn you? My attempt in these novellas is to get people to think. That is what the church should be doing. Be careful what you think, because your thoughts run your life.[2]

Life is inundated with problems. Man’s biggest problem is sin. Sin is that lower station in life which many choose; It’s all about me. Many immature Christians have the same hold on life, not really counting the cost. A philosopher once said, “Only five percent of people think they think, the other five percent really think, and the remaining ninety percent would rather die than think.” Hence, the moral pollution that plagues us all.

The scam today is climate pollution. Another rip-off. Climate change is not from all of the evil dregs of human endeavor. Instead, climate change has been happening from the dawn of time. Climate change today is used as a political arm to clone a movement for sinister purposes. The Paris climate accord is nothing but income redistribution.

The controlled rhetoric about climate change is coming from the U.N. IPCC (Intergovernmental Panel on Climate Change.)  “The IPCC has a very long, very sordid history of recruiting personnel linked to activist organizations,” Climate expert Donna Laframboise explained. “The World Wildlife Fund is an NGO. Greenpeace is an NGO. The people who work for those organizations are not scientific experts. They are advocates, activists, and partisans. They have an agenda. They are paid a salary to advance that agenda,” she added.[3]  Again, I attempt to get the simpleton to think.

Let’s start thinking. Have you ever wondered why most media outlets have the same narrative? Are they just lazy? Do they have an agenda? Example, how many of you know that there are over 1500 prominent science professors who debunk that climate change is from human carbon emissions? The mainstream media will never have an honest debate on this topic. Why? Empirical evidence doesn’t sell, but the demise of polar bears sells. All of these elite scientists believe global climate change is real but from natural ecological cycles.

The elements for a hoax to be successful has been the same throughout history. The prank in the 1960s was the deforestation of the rainforest. Remember, the purpose of a hoax is to fund the con-artist. The con knows their time is limited before they are exposed. With money in hand from a gullible public, they abandon their staging and move on to the next money-making scheme. 1970’s it was the global cooling scare that Dr. Hansen reported to congress. The next item to remember, to make quick money is to create a scare. Now, the kingpin hoax of all time is climate warming. As a note to the reader: Dr Hansen switched from global cooling to global warming giving yet another false report to congress as we will read later. The next issue to remember for a trick to be successful is a word called “consensus.” The political scientists claim that 97% of the scientific community support Global Warming. Where did the 97 percent come from? They pulled it out of thin air. The 97 percent serves the con as a psychological advantage over the hearers – who’s going to disagree? Therefore, your average citizen simply believes. Meteorologist Anthony Watts summed up Tol’s research debunking Cook’s claims. The “97% consensus among scientists is not just impossible to reproduce (since Cook is withholding data) but a veritable statistical train wreck rife with bias, classification errors, poor data quality, and inconsistency in the ratings process,” Watts wrote.[4] Good people will be guided by honesty; dishonesty will destroy those who are not trustworthy.[5]

Let’s put these items (funding, scare, consensus) together to see it in action below: Also, don’t forget Dr. Hansen from above and his cohorts below creating a stage for the con:

The theatrical hearing was orchestrated in part by Senators Al Gore and Timothy Wirth, as was revealed in a 2007 PBS Frontline special, which reported on the “stagecraft” employed at the [Dr.] Hansen hearing to facilitate the transition from cooling fears to warming fears. PBS correspondent Deborah Amos reported that “Sen. Timothy Wirth was one of the few politicians already concerned about global warming, and he was not above using a little stagecraft for Hansen’s testimony”: TIMOTHY WIRTH: We called the Weather Bureau and found out what historically was the hottest day of the summer. Well, it was June 6th or June 9th or whatever it was. So we scheduled the hearing that day, and bingo, it was the hottest day on record in Washington, or close to it. DEBORAH AMOS: [on camera] Did you also alter the temperature in the hearing room that day? TIMOTHY WIRTH: What we did is that we went in the night before and opened all the windows, I will admit, right, so that the air conditioning wasn’t working inside the room. And so when the—when the hearing occurred, there was not only bliss, which is television cameras and double figures, but it was really hot. [from the 1988 hearing] WIRTH: Dr. Hansen, if you’d start us off, we’d appreciate it. TIMOTHY WIRTH: The wonderful Jim Hansen was wiping his brow at the table at the hearing, at the witness table, and giving this remarkable testimony.[6]

In reality, Global warming is a natural cycle. The con-artist above wants you to think otherwise. The con doesn’t care about facts. People are controlled by lies. Truth sets people free. Every generation has believed theirs is the worst generation for daily harmless conversational talk; based on perceived reality not empirical facts. How many of you have said, I will see you when the sun comes up or when the sun goes down? This is pre-Copernicus talk. In other words, it seems that the sun comes up or goes down as earth rotates around the sun. On the other hand, with the right political lap-dog physicists, questionable data, funded committees and staging within a few short years public opinion would be turned to believe the con.

The elderly informs me the earth used to be covered with snow about three months every year. The rivers, which then seldom failed to freeze over in the course of the winter, scarcely ever do now. This change has produced an unfortunate fluctuation between heat and cold in the spring of the year which is very fatal to fruits. This same observer also noted, “I remember that when I was a small boy, say 60 years ago, snows were frequent and deep in every winter.” Who said that? Al Gore? Leonardo DiCaprio? Nope. That’s Thomas Jefferson, in his 1799 book Notes on the State of Virginia.”[7]

In 2017 Princeton Professor Emeritus of Physics William Happer drew parallels to today’s manmade climate change claims. “I don’t see a whole lot of difference between the consensus on climate change and the consensus on witches. At the witch trials in Salem, the judges were educated at Harvard. This was supposedly 100 percent science. The one or two people who said there were no witches were immediately hung. Not much has changed,” Happer quipped.[8]

Early global warming “consensus” claims came from Vice President Al Gore. In 1992, Gore reassured the public that “only an insignificant fraction of scientists deny that global warming is not real. Remember, these groupthink political consensus boards will hang you if you get out of line. Salem Harvard judges literally hanged the deniers, today, they will hang you publicly if you disagree.  “Cicerone of NAS (National Academy of Science) is saying that regardless of evidence the answer is predetermined. If government wants carbon control, that is the answer that the Academies will provide,” Lindzen testified. Why? Because 85 percent of their funding comes federal funds.

Did you know the scientist who originated the greenhouse gas theory of global warming also believed that “exposing children to electricity would make them smarter”? Although human emissions of CO2 from fossil fuels and other activities can build up in the atmosphere, they only make up 3.5 percent of all the CO2 emitted each year, with the rest occurring naturally. Water vapor makes up 95 percent of all greenhouse gases in the atmosphere. (Do you want to get rid of water?) Greenhouse gases make up only 2 percent of the total atmosphere. Does this small human contribution to the small amount of CO2 in the atmosphere really drive the climate?[9]  Something that is even smaller that drives this theory of climate warming is, Al Gore and company’s tongues. A good person says wise things, but a liar’s tongue will be stopped.[10] Semper Paratus (always ready)

[9] And it is not simply the sun that can cause climate change. It is the sun, volcanoes, the tilt of the earth’s axis, water vapor, methane, clouds, ocean cycles, plate tectonics, albedo, atmospheric dust, atmospheric circulation, cosmic rays, particulates like carbon soot, forests, and land use, and more. Ecologist Patrick (Morano, Marc. The Politically Incorrect Guide to Climate Change (The Politically Incorrect Guides) . Regnery Publishing. Kindle Edition. Page 40)